the cast has "casted away" 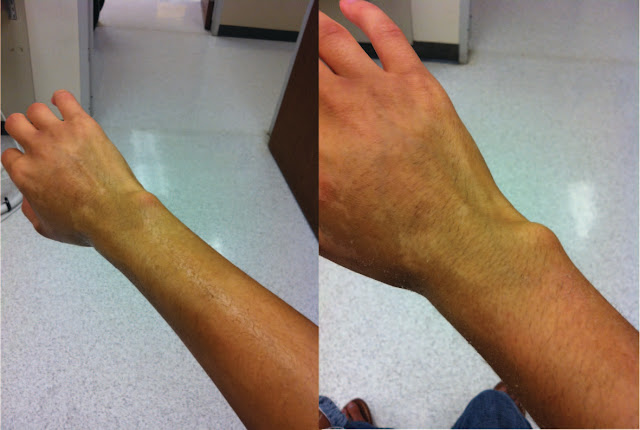 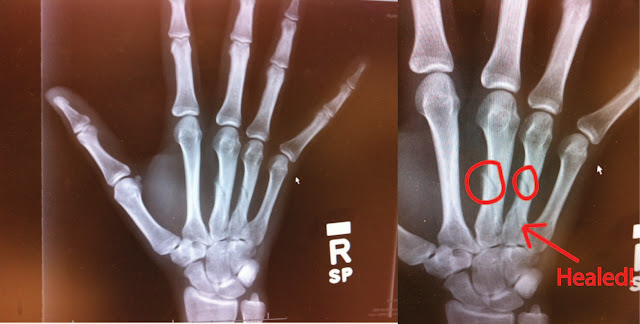 in other news,
i got my cast off yesterday
and what a joyous event it was
...well sort of

here's the story:
from the moment i woke up i was so excited that today... well yesterday... was the big day
luckily work was pretty busy in the morning to keep me distracted
otherwise the waiting game probably would have gotten the best of me

when i got to kaiser i was seen right away.
the nurse took out this big machine.
i laughed because it was called
"the cast vac"

he started sawing away and i flinched
it seems so violent! i thought he'd for sure saw too far and cut my skin
but he didn't. it just tickled a lot with the vibration
the cast was off within minutes.
my arm felt so light, but the skin was so gross
it was discolored and flakey - i had about 3 layers of dead skin under there
and the weirdest thing - my hand was kinda hairy! (ew i'm so embarrassed!)
the nurse said it will all rub off, even the hairs, and be fine after a couple of days.

once the cast was off, i was taken to the x-ray room across the hall
when the doc came in to see me, with the new x-rays things didn't seem so good
i was convinced he was going to slap that cast right back on

if you see above, my hand is still broken in two places. its healing, but i'm not completely healed as you can see.  so he looked at me, looked at the x-rays... looked at me
we did this back and forth for about a minute, but i felt like 20 minutes
he finally broke the silence and said, "it would be so cruel to put you back in a cast..."
i sighed and said, "oh man, yes it would"

he explained that if he were to put it back on, it would be for at least another three weeks
my heart dropped
he decided not to as my hand would only get stiffer, making the rehabilitation process that much longer.
he warned me to be very careful in the next weeks and to wear a splint (which he provided) as often as possible for a month.

i have to go to physical therapy weekly, which is a bummer
but hey! i don't have a cast and life is almost normal again

and what was the first thing i did, you ask?
...put my computer mouse back to right side of my keyboard.
hah! i would have expected something a little more exciting too